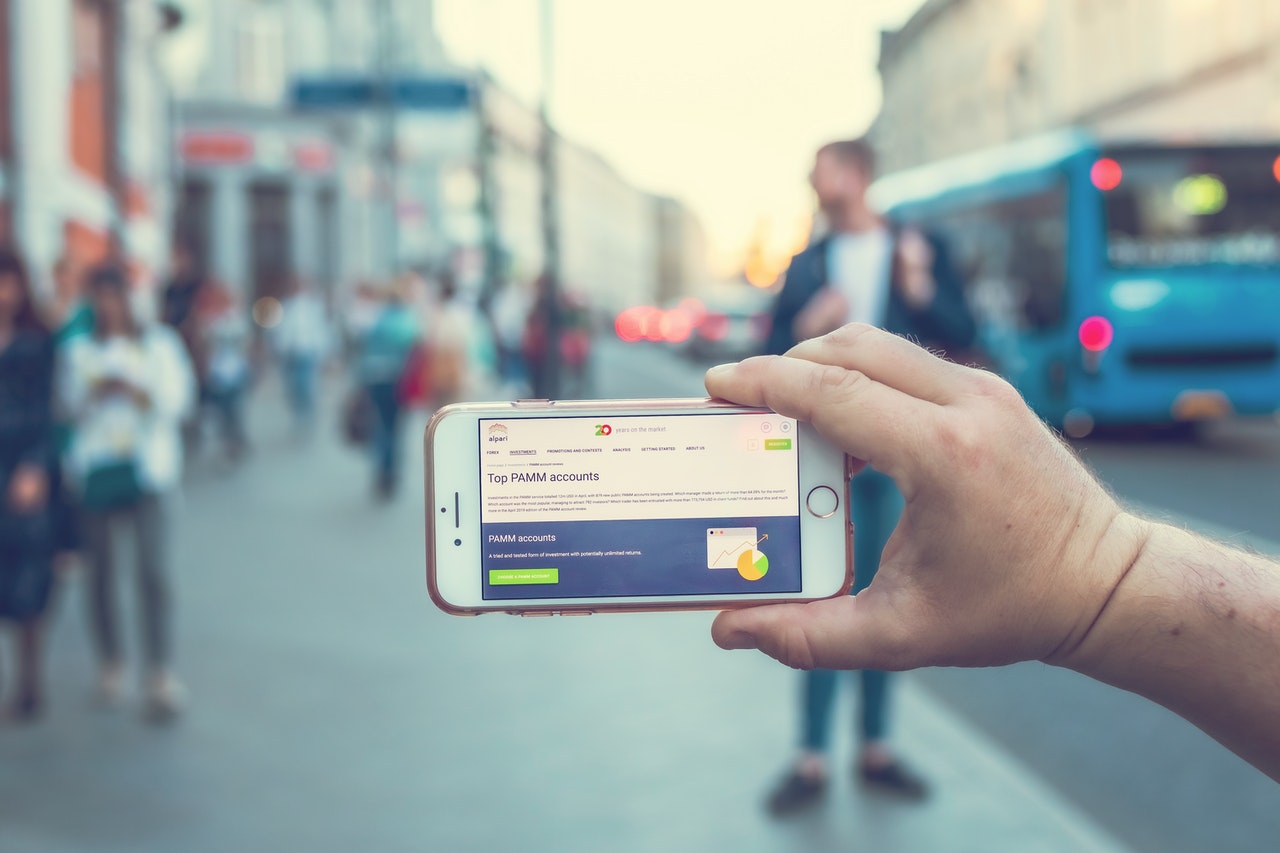 This year’s theme for DCC is “Digital Trade”, and this article will aim to give an overview of Digital Trade, as well as look into how a few of the new technologies are powering it.

An Overview of Digital Trade

As our society moves towards a Digital Civilization, one of the biggest transformations will be how we are able to trade goods and services. Companies are increasingly doing business across borders, whether their products are being sold internationally or part of their supply chain is sourced overseas – resulting in globalization, an important catalyst in a Digital Civilization. Enabling globalization are several key technologies such as Artificial Intelligence (AI), the Internet of Things (IoT), and Blockchain, that allow people across the globe to do business more efficiently.

While there is no one fixed definition for Digital Trade, the Organization for Economic Cooperation and Development (OECD) writes, “there is a growing consensus that it encompasses digitally-enabled transactions of trade in goods and services that can either be digitally or physically delivered, and that involve consumers, firms, and governments.” As a result, there is no one single statistic for the amount of digital trade that happens annually, but as you can imagine, it could include anything from the online sales figures of e-commerce giants like Alibaba and Amazon, to the groceries people buy at stores which may have had to go through many digitally-enabled processes such as inventory management and quality control. Although Digital Trade is a difficult topic to cover all at once, this article will go more in depth into what types of key technologies are shaping Digital Trade’s development, and how they are doing so.

AI has been a controversial topic for several years as a technology that can drastically change our world, for better or for worse. In 2018, AI leaders such as Elon Musk, and the three co-founders of Google’s DeepMind – Shane  Legg, Mustafa Suleyman, and Demis Hassabis – signed a pledge at the International Joint Conference on Artificial Intelligence in Stockholm promising not to use AI to create autonomous weapons. While in the past, such an idea was merely limited to Terminator-esque science fiction, the possibility has become a reality, and with it come certain threats that the public is becoming more aware of.

But there are many benefits from AI that warrant its continued research, many of which can directly impact Digital Trade. Take for instance autonomous vehicles. At Amazon warehouses, this does not mean cars like you see on the road outside, but rather small robots capable of moving products from one place to another (i.e. from storage to shipping), all with minimal human intervention. These robots use AI to communicate with a central system, as well as each other, and are able to calculate the most efficient path as a whole. The use of these robots allows for products to leave the warehouse faster, and if used optimally, reduces or eliminates the need for workers to endure physically strenuous labor throughout the day.

AI is also improving how inventory is managed, which can be one of the biggest challenges for any sized company involved in trade, especially if their suppliers are overseas. If implemented correctly (i.e. incorporate human checks and balances), AI can enable businesses to more accurately model demand and react quicker if an AI-based inventory management system is given that authority. As AI research firm Remi AI puts it, “One of the joys of demand prediction is that you can incorporate external data sources into the system to see if they have an impact on demand. We have built systems that ingest the weather data to see if that impacts on prediction – for example we recently undertook a proof of concept for a Fortune 100 company that uncovered a strong causality between temperature above 30 degrees Celsius and part failure. This was done by simply feeding weather data and their inventory data into a single artificial intelligence model and the AI did the rest.” In this example, an AI would have spotted a key predictor that might have taken a human longer to notice, which would help the AI time the order for a replacement part not too early and not too late.

A less direct, but nonetheless important impact AI is having on Digital Trade is how new ideas and products are generated. In the World Trade Organization’s (WTO) annual “World Trade Report 2018”, it cites two scholarly papers that look at how AI is reshaping innovation. The first paper entitled “The Impact of Artificial Intelligence on Innovation” by Cockburn et al. (2018) claims that the faster speed at which one particular field of AI called “learning systems” is growing in relation to other fields, is evidence that AI is increasingly being used to generate ideas and a general purpose method of innovation.

A second paper entitled “Artificial Intelligence and Economic Growth” by Aghion et al. (2017) argues that AI can permanently increase the rate of economic growth since “the rate of economic growth depends on the expansion in the size of the research community and that the use of AI to generate new ideas is equivalent to making ‘effective’ research grow faster than the growth in the size of the research community.” As a result, AI may be creating the products and ideas that fuel Digital Trade in the future, instead of only being an additive ingredient to the trading ecosystem.

The Internet of Things and Digital Trade

Related to AI, in that it can be used by companies to monitor various parts of their business faster and in more detail in order to make better decisions is the technology known as the Internet of Things. IoT in short is the ability for sensors and communication devices to be placed in nearly any type of product, allowing for data collection at each step in the process from materials to product, and even customer interaction after the consumer has bought the product. Although the underlying technology is not particularly new (i.e. radio-frequency identification or RFID technology which is often used for objects to communicate with each other), the scope at which the network of interconnected devices is being developed is so large, that it has created a separate “internet”, hence the Internet of Things. Research firm Gartner has forecasted the total number of IoT connected devices to reach 5.8 billion in 2020, and will continue to grow in the future.

On a macroeconomic scale, companies are using IoT to navigate an uncertain global economic climate, and mitigate risks. In a September 2019 article from the Wall Street Journal entitled “CIOs Consider Trade in IoT Spending Decisions,” it says that “U.S. manufacturers are considering investing in IoT and other digital tools in domestic facilities to increase their ability to bring production back home or source it from another low-cost location to remain competitive.” By gathering more data on each step in the manufacturing process, Chief Information Officers (CIOs) are able to help their business respond to any change in governmental policy.

On a more targeted scale however, IoT can be used in many applications. Everything from forest fire detection, to water leakages, to many other public/private services, can benefit through a network of sensors that can not only detect any problems, but may also be able to execute a solution through AI. In the context of Digital Trade, IoT applications such as Smart Roads may be used to detect when road conditions ahead are unsafe for truck drivers, and can communicate with the truck itself to take necessary precautions. Or Intelligent Shopping technology equipped on store shelves can tell both the retailer and the supplier when a product is out of stock or soon to expire.

Product design can also benefit from IoT, as described in a January 2020 article from the World Economic Forum. The article writes, “The Internet of Things can allow companies to maximize business value – sensors, software, and other technologies in physical assets can connect and exchange data with other devices and systems over the internet. This will drive innovation and greater efficiencies in all areas of business, from design to manufacturing.” Using such examples like a tennis racket that uses sensors to analyze your swing and a jacket made by a collaboration by Google and Levi that can “buzz” if you forget your phone, the article not only emphasizes the growing prevalence of IoT technology, but how both products and business models are changing to provide the most value to consumers. IoT technology is becoming a competitive advantage for companies who want to stand out from the rest in the world of Digital Trade.

For Digital Trade to function, both businesses and consumers must be able to pay one another faster, and at lower costs to keep up with the pace of globalization regardless of where in the world they are located, and blockchain is one such technology enabling this.

In a previous article entitled “Blockchain Use Cases Outside of Cryptocurrency” , we briefly covered the importance of blockchain technology in supply chain management, which is of the industries blockchain is having a major impact on. But for Digital Trade as a whole, blockchain is transforming the trading ecosystem in other ways as well.

Going back to blockchain use cases within cryptocurrency, blockchain offers the possibility to “bank the unbanked”, especially in developing countries with fragmented or no traditional banking system. In another 2018 report from the WTO entitled “Can Blockchain Revolutionize International Trade?”, it writes, “Numerous startups, many of which are based in developing countries, are proposing crypto-based global payments, such as BitPesa in Kenya, BTCGhana, Bitso in Mexico, BitSpark in Hong Kong SAR, OkCoin in China, OkLink/Coinsensure in India, Rebit and Coin.ph in the Philippines, Remit.ug in Uganda, and Abra and Ripple in the United States, and the list goes on.” Allowing people without access to a banking system the ability to pay for goods and services overseas opens up a new market with new needs for businesses to meet.

In the B2B space, companies like Ripple are trying to make cross-border payments easier, faster, and cheaper through the use of blockchain (although there is some debate whether Ripple is truly decentralized, which is outside the scope of this article but further reading is footnoted here). The current model requires several intermediaries to facilitate a transaction between two companies in different countries, which can accumulate fees very quickly.

As opposed to transferring money through a series of banks that can take several business days, Ripple has licenses with over 100 banks and financial institutions to settle transactions in seconds, with little or no cost. Platforms like Ripple can greatly benefit regions such as Africa, South America, and Oceania, which are experiencing a decrease in the number of active correspondent banking relationships that are required for cross-border transactions. Footnoted here is a link to several infographics detailing the number of active banking relationships by region from the Bank of International Settlements, an international organization aimed at cooperation amongst central banks.

A term that is being increasingly coined is the “Fourth Industrial Revolution” – in other words the current age in which the technologies discussed above and more are beginning to become commonplace to reap tangible benefits for our global economy. As a result, Digital Trade and its relevant technologies are breaking down both physical and non-physical barriers to an economy more efficient than ever before. While this article may only focus on three of these technologies, there are more out there (i.e. 3D printing), and it is important to stay informed on these technologies since they will be driving our current industrial revolution and shaping the future of the global economy. With several challenges the world is facing as we head further into 2020, it is important to remember the ultimate goal of Digital Trade, that is to bring people closer together rather than push them apart.