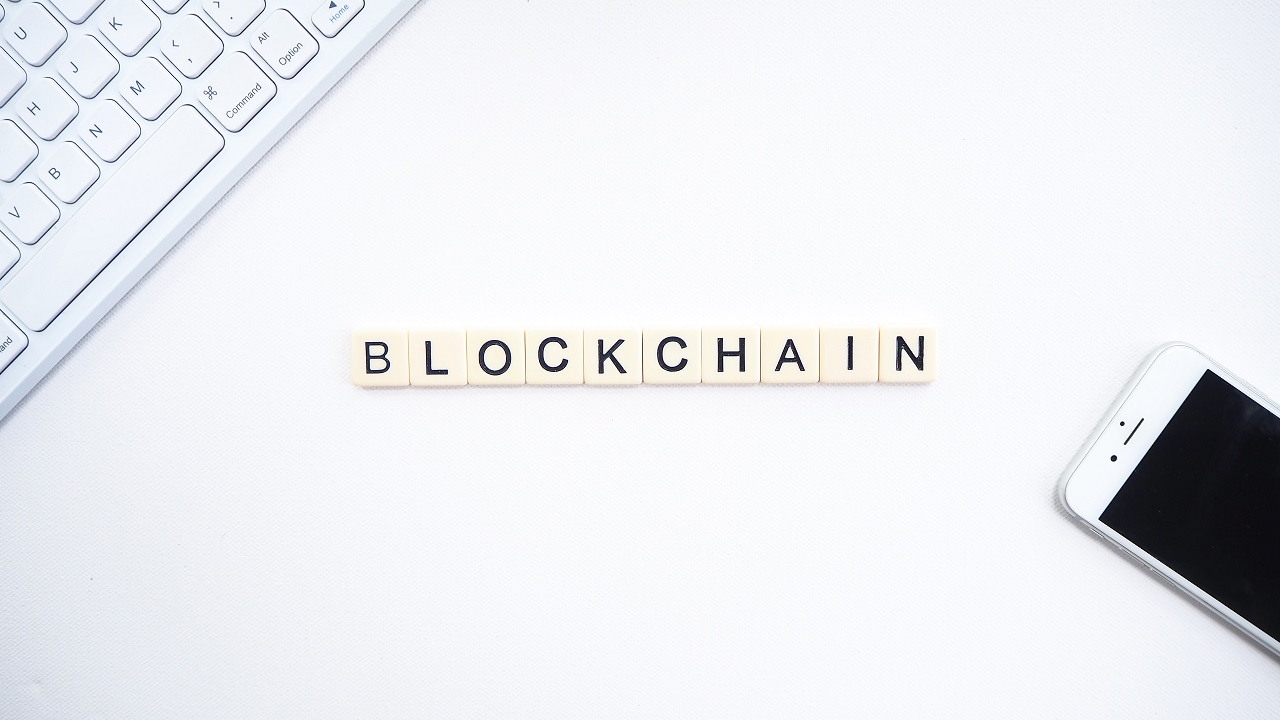 What is Blockchain and Why You Should Care

Blockchain was first introduced in 2008 with minimal excitement as the community grappled with understanding the meaning of this new technology. It would be another five years before technology investors started to take note of the true potential of blockchain – beyond cryptocurrency – and an additional four years before the hype surrounding this mysterious technology hit its peak in 2017.

Everyone was screaming "Buy Bitcoin!" or "Ethereum is rising!" without really understanding what the underlying technology was, what it could do and, more importantly, what it could not do. Driven by the worst of human base instincts to "get rich quick", even the most obscure blockchain scams were injected with lots of cash. The inevitable and unfortunate crash followed soon after, leaving thousands of everyday people in anger and frustration. Two years later, the hype around cryptocurrencies is thankfully slowing down, giving way to true innovation, which is why people are once again paying attention to the prospect of blockchain technology.

At this point, you might still be asking: What is blockchain and why should I care? Even for tech enthusiasts and crypto holders, it is difficult to understand the technology behind blockchain, its benefits as well as its evolution. So, we will start at the beginning and establish a common understanding of blockchain as a technology, then project some insights onto one of the world's most pressing issues – the trust crisis. Hopefully, this will engender a fundamental understanding of how blockchain will be relevant in our lives and facilitate future discussions about how your life will be affected by this technology.

So, how did blockchain start?

Blockchain was first introduced by an individual or group of individuals under the pseudonym "Satoshi Nakamoto" in a white paper about "Bitcoin". Bitcoin is described as "a purely peer-to-peer version of electronic cash [that allows] online payments to be sent directly from one party to another without going through a financial institution." In other words, Bitcoin is a digital currency which is independent from the existing financial system. Furthermore, blockchain is the underlying technology that allows Bitcoin and other cryptocurrencies to function independently from this same system. Despite popular belief, Satoshi Nakamoto never used the term blockchain in this publication, and the term was only introduced later. Now, if you think this is still too high-level or complicated, we'll try to make it more relatable with a simple example.

Imagine you are watching the poker world championships. Since a lot of money is at stake in these tournaments, some of the players might be inclined to manipulate the amount of chips they hold in their balance. Usually, a referee has been used to ensure that every player follows the rules; however, for this example we will assume that a series of scandals, surrounding corrupt referees, has occurred in previous years, so players do not trust referees anymore.

To replace these untrustworthy referees, the tournament participants agree to come up with a new system that does not depend on a single authority to oversee the rules. In this new system, each player writes down the amount of chips that every player has lost and won in each round as well as the balance of each player. Every now and then they all get together to compare their sheets and agree on the amount of chips that each person has. In addition, everybody marks on their sheet when the comparison has occurred. When in doubt they can retrace the history of all rounds to resolve the dispute. Now, if a player wanted to cheat the system by adding chips to their balance, the player needs to persuade at least 51% of all participants to alter their sheets. So, let's look at this example and outline what is comparable to blockchain.

In this example the new score-keeping system is strongly protected against or insulated from being corrupted because the cost of convincing more than 51% of the players to cheat the system is too large to overcome and is not worth risking the transparent mechanism that allows for a fair poker tournament. So this poker game is a metaphor for the blockchain that disintermediates a central authority, therefore making it a decentralized system.

What does decentralization even mean?

Let's use a common analogy to get hold of the concept of decentralization – the internet.

Who is the owner of the internet? No one. Essentially the internet is just a network of computers around the world that agreed to a common way of communicating with each other. The key piece is that there is no central authority, like a government, who owns it and organizes all the communication. The internet is decentralized in the same way the poker player's record keeping is decentralized. Just like that, public blockchains are also decentralized. They are a network of computers around the globe that agreed to adhere to a common protocol of sharing and storing data.

Why is it called "Block-Chain"?

The blockchain is essentially a list of records of all transactions that continuously grows. This list is divided into so called blocks and these blocks have identifiers to put them into a sequence, hence the term chain.

This separation of the transaction data into blocks makes sense because it increases the efficiency of the system. More specifically, the computers can check if a transaction is valid and agree on a joint version quicker than in global, multi-player systems (e.g. check clearing system). In a way the blocks are like pages in a notebook. You don't have to read through the entire book if you know on which page the sentence you are looking for is written.

Why do I need to know all of this?

Blockchain is seen as a potential way of overcoming many issues that today's globalized world is facing. We will put three of these issues under the magnifying glass to illustrate the relevance of blockchain as a technology in our future world:

All of these issues stem from the same root, a breach of trust.

Why is trust so important?

Trust is one of the elemental forces that hold our world together. Trust can be described as the glue of our society. Without trust, relationships of all kinds from intimate to professional, simply collapse. In fact, researchers estimate that trust costs the global economy about 35% of its employment. The total cost of trust is $29 trillion USD, which dwarves any other expense in existence. For the sake of putting this number in perspective, the global annual military spending constitutes $1.8 trillion USD and healthcare amounts to $7.7 trillion USD. Since such a global and expensive problem has yet to be solved, it is no wonder why “trust is important but costly to maintain.”

How does this look in practice?

As trust between people can be fragile and unreliable, trust within the financial system is also not always guaranteed. In our global economy, geographical constraints deem face-to-face transactions unfeasible. We have long moved past Barter Exchanges (trading one good for another) by inventing money. However, our monetary system only works if everyone trusts in the value of money. That means that everyone who for instance owns one USD expects to be able to trade that dollar for an item or service of equal value. With that, we also expect this valuation not to drastically change over short periods of time. Particularly because today's fiat currencies (i.e. USD, Euro) are not fully backed by gold or other assets anymore, our system rests on the fundamental of trust.

What happens if the trust in the system, its authorities and especially the value of money erodes? Looking at Venezuela, we can observe the consequences first-hand. Here, hyperinflation caused the devaluation of the local currency to the extent that the price of a chicken spiked to 15 million Venezuelan Bolívar. Results for the local population are severe as essential goods such as food becomes unaffordable. Even though the exact chain of effects which caused Venezuela's economic crisis is not entirely definable, the reason why Venezuela's local currency loses its value is – Venezuelans lost trust in their currency's ability to store value.

Generally, there are three predominant reasons for why privacy violations occur: intentional misconduct (e.g. to make profits), lack of care in handling data (e.g. to save costs) or security breaches. In recent years many occurrences of privacy violations immediately come to mind. The Cambridge Analytica scandal is only one of the most wide-sweeping, well-publicized ones. More recently, Google made headlines because of allegedly mishandling patients' medical data while collaborating with the Medical Center at the University of Chicago. Another example occurred in 2018, where the Chinese, NASDAQ-listed Huazhu Hotels Group was the subject of a hack that leaked 240 million occupancy records including sensitive information like credit card numbers. Regardless of whether these violations happen with intent or due to lack of care or security, they show the public the possibility that trust can and will be broken. That's why it is not surprising that, globally, the scepticism towards companies handling customer data is rising. According to the global trust barometer report by Edelman, a global PR firm, only one in five respondents believes that the institutions that record our personal information will protect our privacy.

We are all wary of the presence of fake products on digital marketplaces like eBay or Amazon. We try to mitigate our risk by checking reviews or buying from authorized sellers. While receiving a pair of fake sneakers might be upsetting, often the damage is manageable. However, we might be astonished when we hear that even medical drugs are subject to falsification. For instance, a Chinese biotechnology company, Changsheng, produced a fake biological vaccine and physicians administered the counterfeit product to over 200,000 children. In cases like this, consequences could have been irreparable. In 2019, counterfeits constituted 3.3% of the global trade. Counterfeits are spreading through all areas of life, ultimately threatening our health and well-being.

How does blockchain help?

As you might be able to guess by now, the fundamental problem that blockchain solves is the requirement of trust. Blockchain replaces the trust between agents with the trust in the system. In other words, the main idea behind blockchain is to create a system with transparent rules that cannot be cheated.

1) In the case of hyperinflation, a global digital currency could have mitigated the loss of faith in the local currency.

2) In the case of privacy violations, blockchain could be used to handle data with integrity, by for instance protecting the identity of individuals in the first place.

3) In the case of the counterfeits, blockchain can be used to create transparency along the supply chain so that every buyer can easily authenticate the product they are buying.

Seemingly, there is a reason or two behind why blockchain technology has been referred to as a “Trust Machine”. Even though the technology is still under development, first applications are making their way into reality and as time unfolds it remains exciting to see how blockchain will change our lives. In our next instalment, we plan to discuss …

Hanke, S. (2019, November 13). Venezuela's Hyperinflation Drags On For A Near Record—36 Months. Retrieved from: https://www.forbes.com/

OECD (2019). Trends in Trade in Counterfeit and Pirated Goods. Retrieved from: https://www.oecd.org/

Wakabayashi, D. (2019, June 26). Google and the University of Chicago Are Sued Over Data Sharing. Retrieved from: https://www.nytimes.com/